As reported by Tulsa’s  NEWS ON 6!

A lot of fish stories are just that—stories, tall tales that are just too good to be true.

We heard one story about a 110-pound spoonbill caught at Grand Lake, and when we found out there were pictures, we just had to meet the woman who made the record catch.

“It’s been quite the talk – it’s been very interesting – all over town,” said Heather Fink.

She was featured the front page of the local paper, lying beside the Grand Lake record spoonbill she caught last week.

Heather describes herself as a professional photographer with a big fishing habit. She catches lots of fish, but this one was different—the Grand Lake record spoonbill.

“Everybody’s jaw just dropped, because it was huge,” she said.

Rusty Pritchard has been a fishing guide on the lake for 16 years, and he said the biggest spoonbill up to now was just over 100 pounds, back before they started keeping records.

“We caught 965 of them last year, and the biggest one last year was 68 pounds,” Rusty said.

Of course you have to have your picture taken holding a record-breaking fish, but Heather said it was a chore.

“I was so arched back trying to support this fish,” she said.

They almost capsized the boat getting it out of the water.

“Everybody has heard about this – down in Texas, up in Nebraska – I mean, it’s just people are not used to seeing this sized fish come out of our lake,” Heather said.

Grand Lake is prime territory for spoonbill and from December to May is prime time.

The promise every fisherman hopes is true? 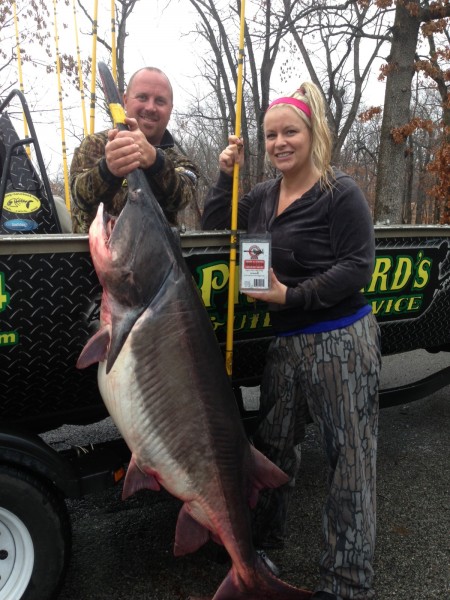 We are very proud of Heather and Rusty for this new Grand Lake Record Paddlefish!

Here is a short video that helps explain the difference between the Classic Series and Natural Series of FLE FLY Lead Free Feather Jigs. These jigs will catch fish….. No doubt about it! 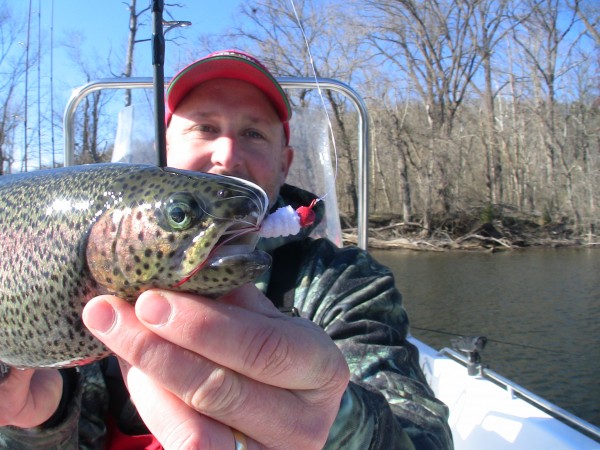 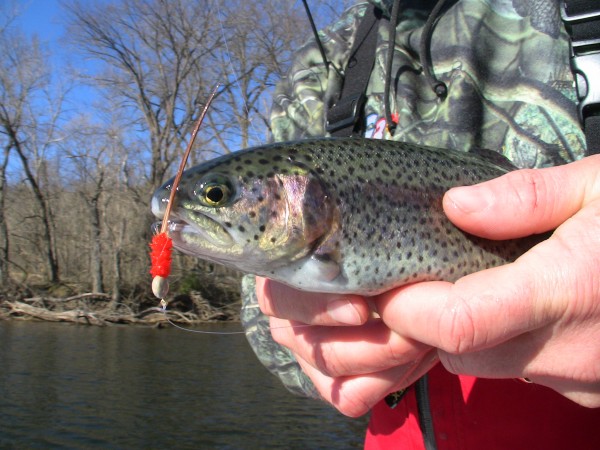